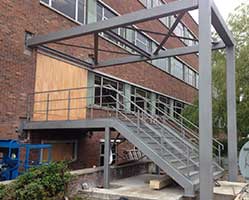 T Sullivan Engineering has successfully completed the supply and fix of a staircase/walkway complete with an over head canopy at Levers site in Port Sunlight.

The job itself was not particularly large, but the design/installation was tricky due to a stipulation given from the design team, as bolted connections were to be kept to an absolute minimum.

With this in mind the staircase and walkway were constructed as one large fabrication, but due to the size of the unit it needed to be transported on its side. The size of the unit was manufactured so it was just under 50mm under the maximum height that can be transported on the British motorway network. The front of the canopy was provided from a large welded goal post. The goal post height and width posed further transportation issues, so a special transport frame had to be manufactured to hold the fabrication at a specific angle. The size of the goal post was so wide it had to be moved under the strict parameters of the transport police, and comply with the Movement Order that was required to enable the unit to be moved on public roads.

Once on site it just left us with the simple task of off loading the steel work, twisting them in mid air so they were back in the correct orientation, and placing them in position! 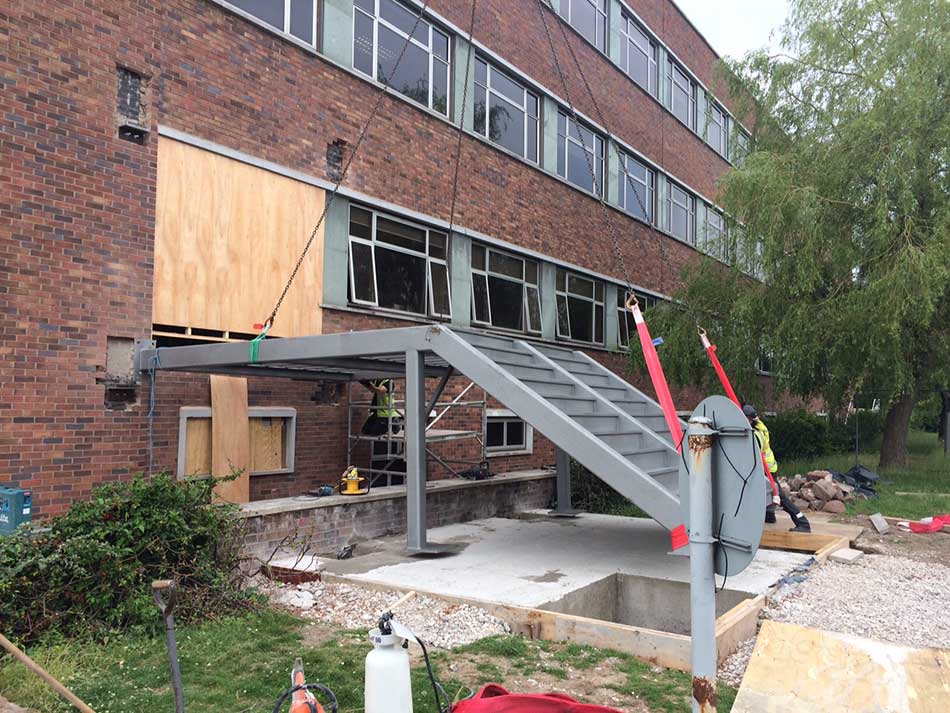 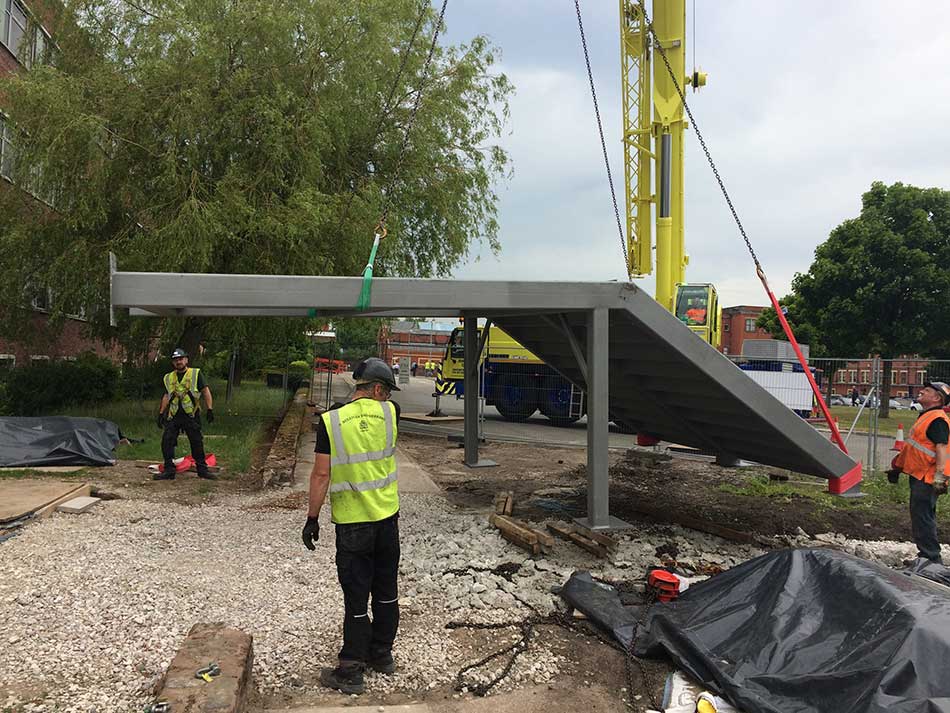 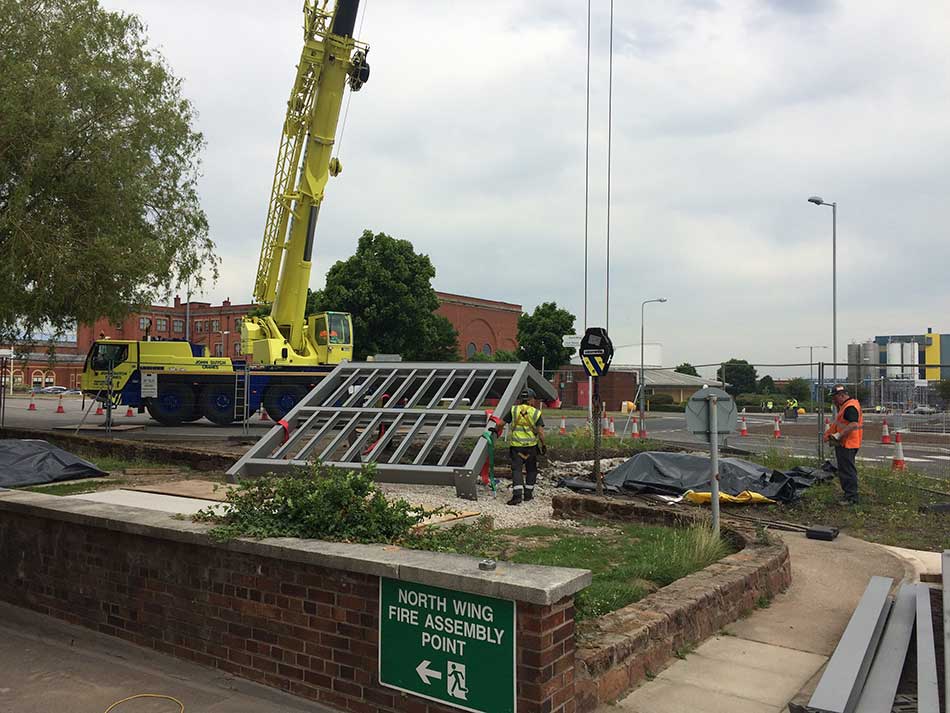 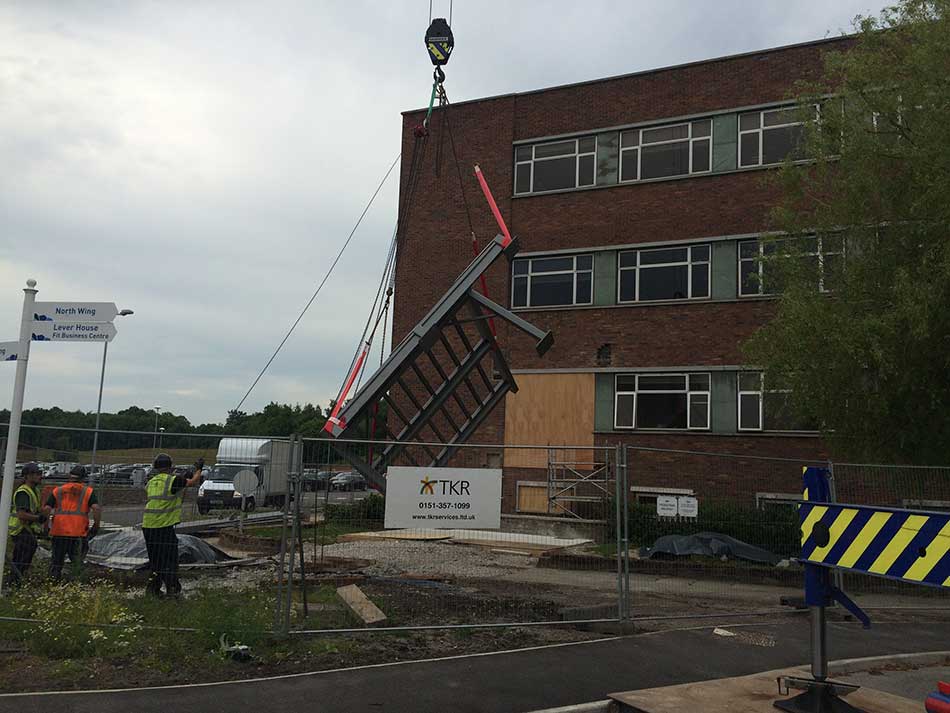 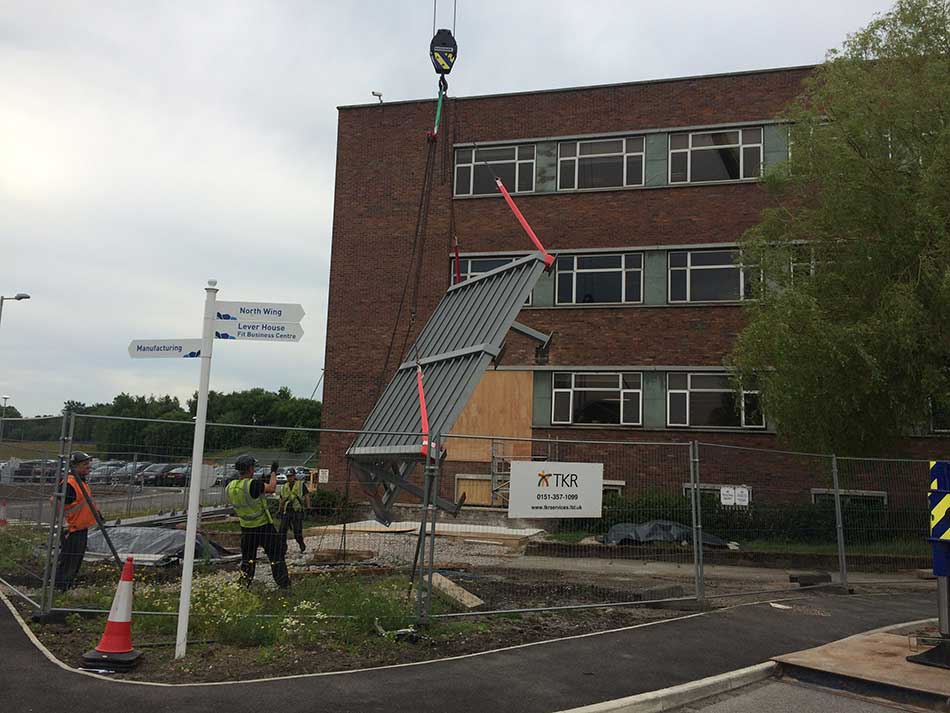 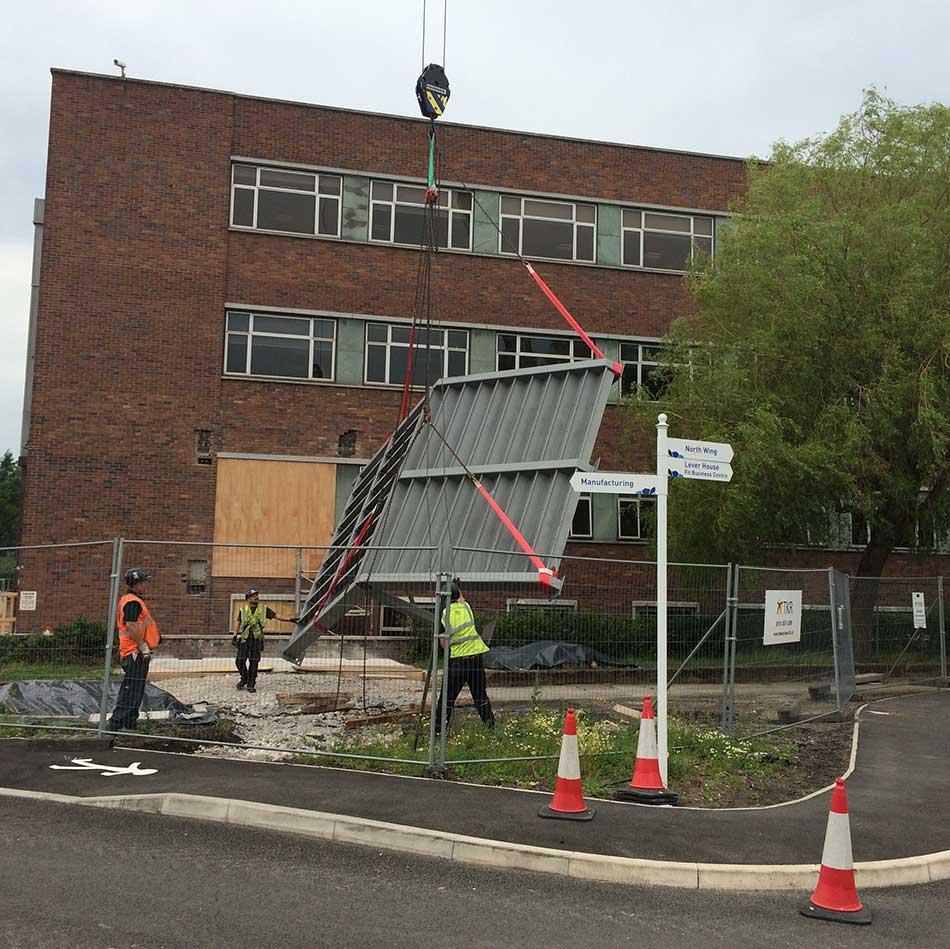 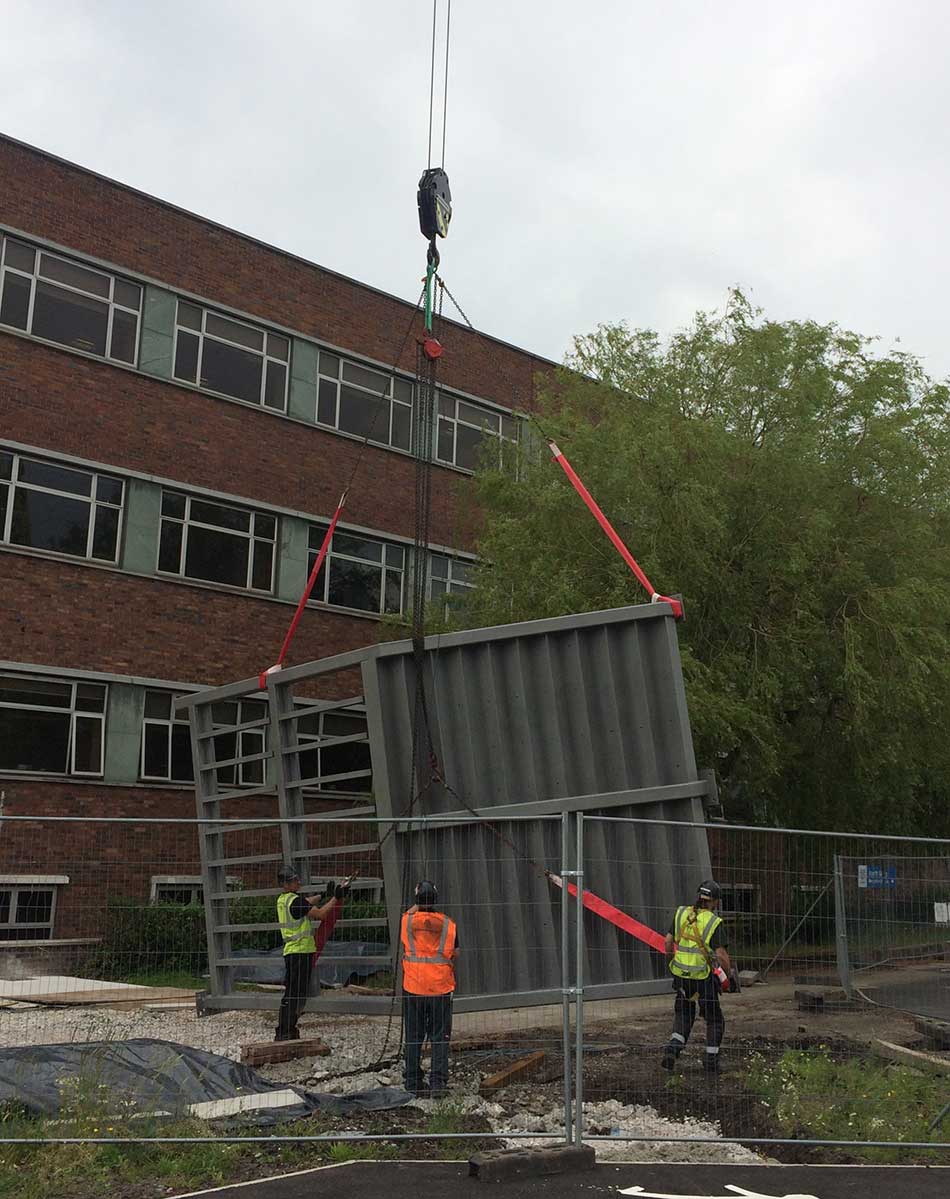 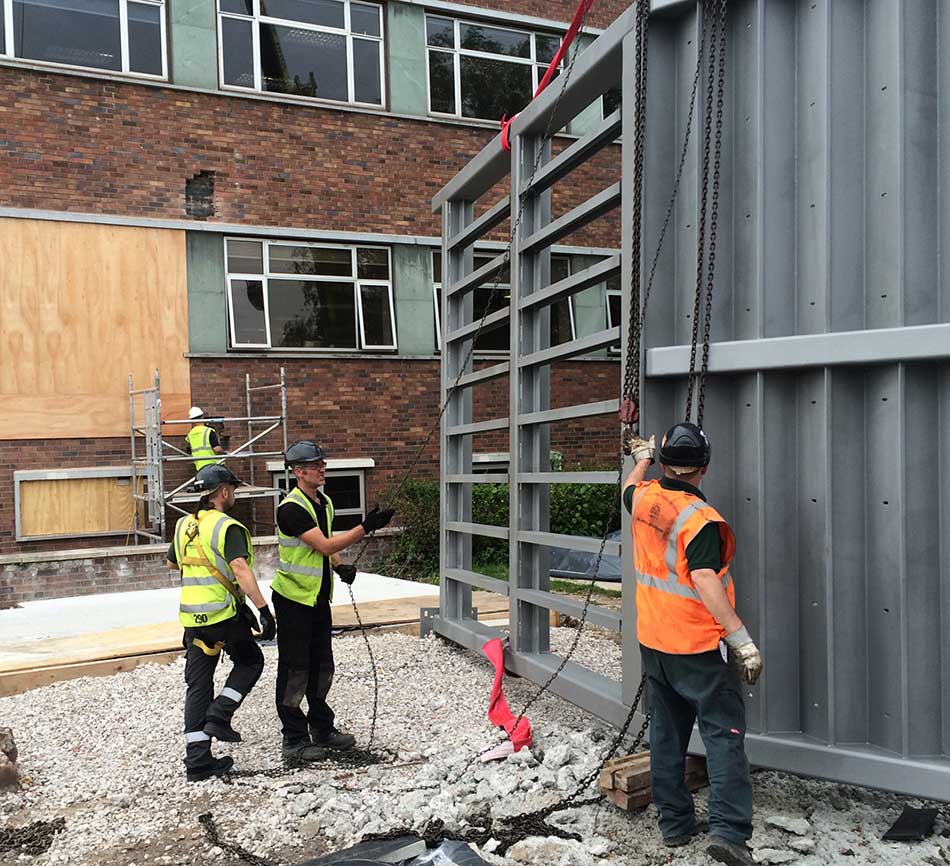 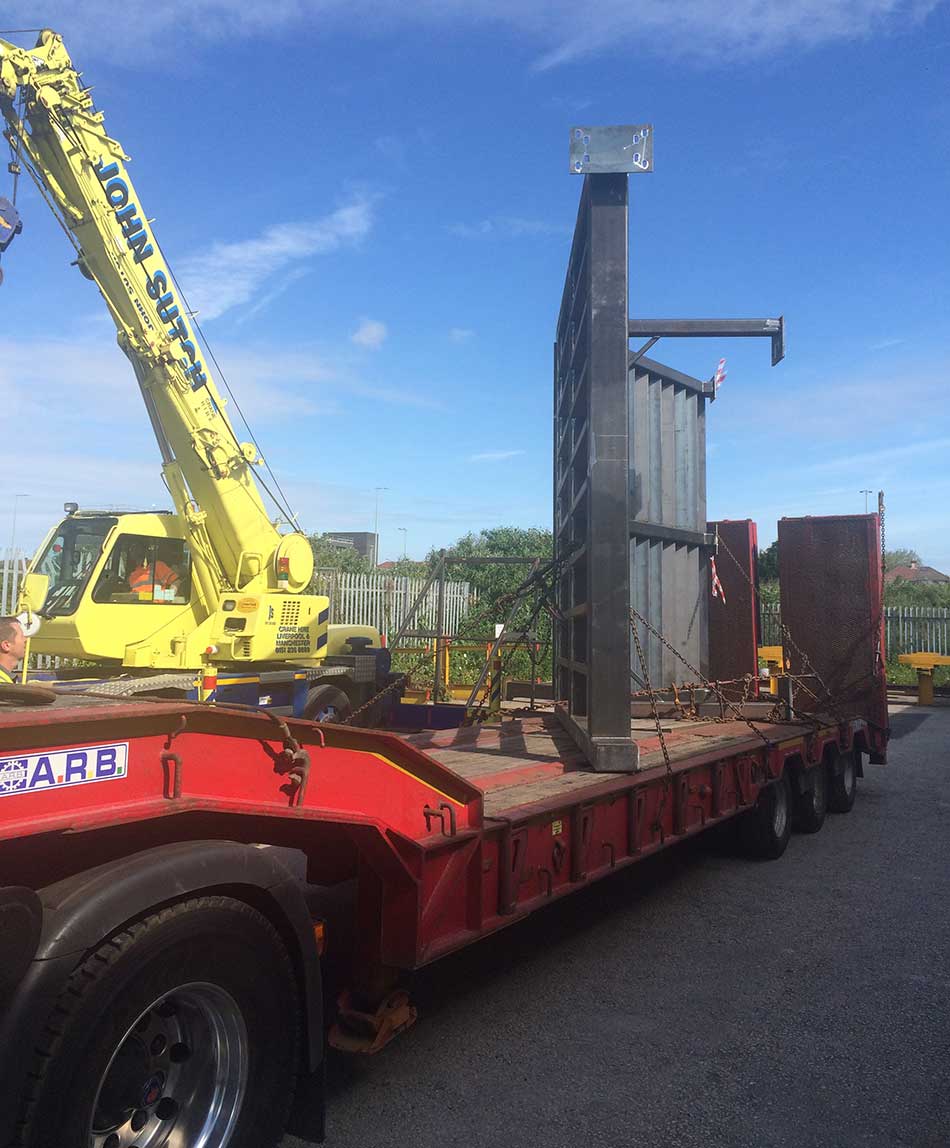 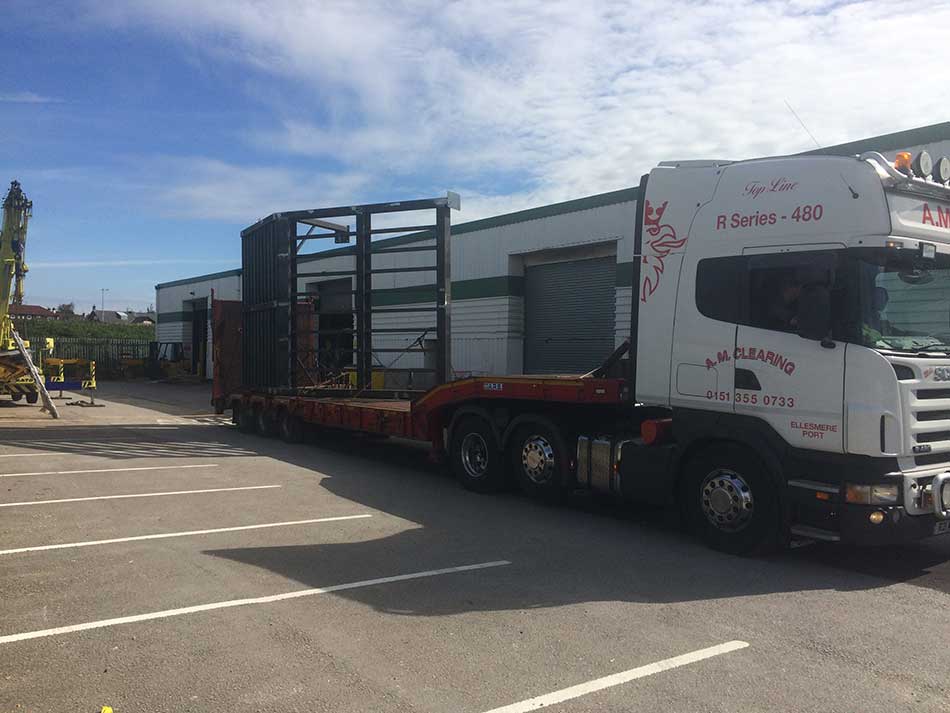 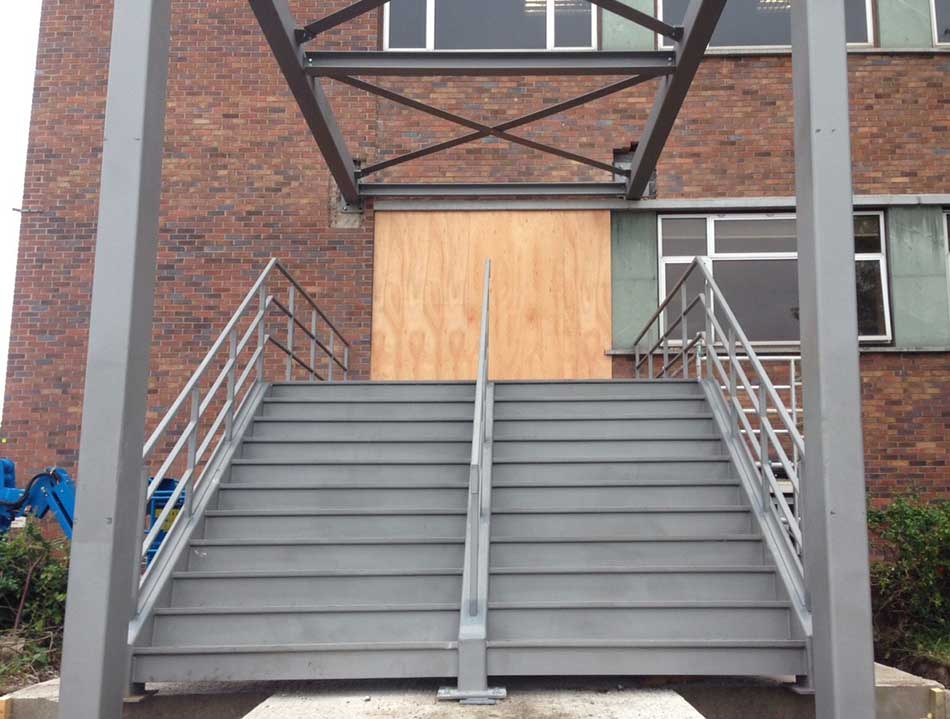 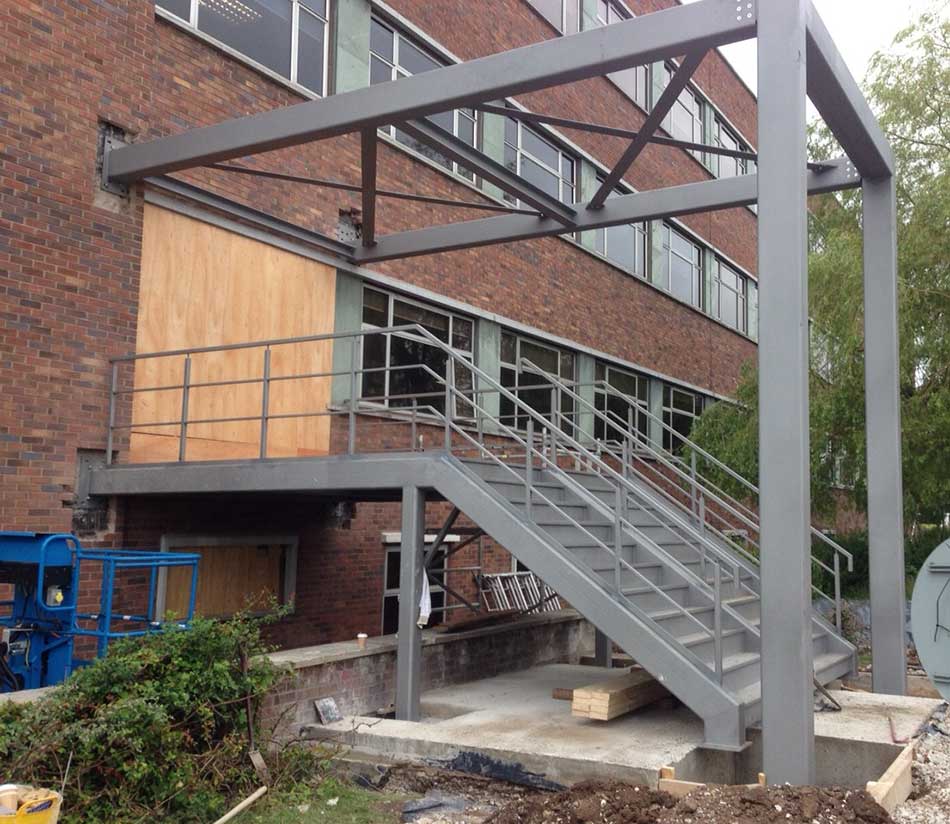 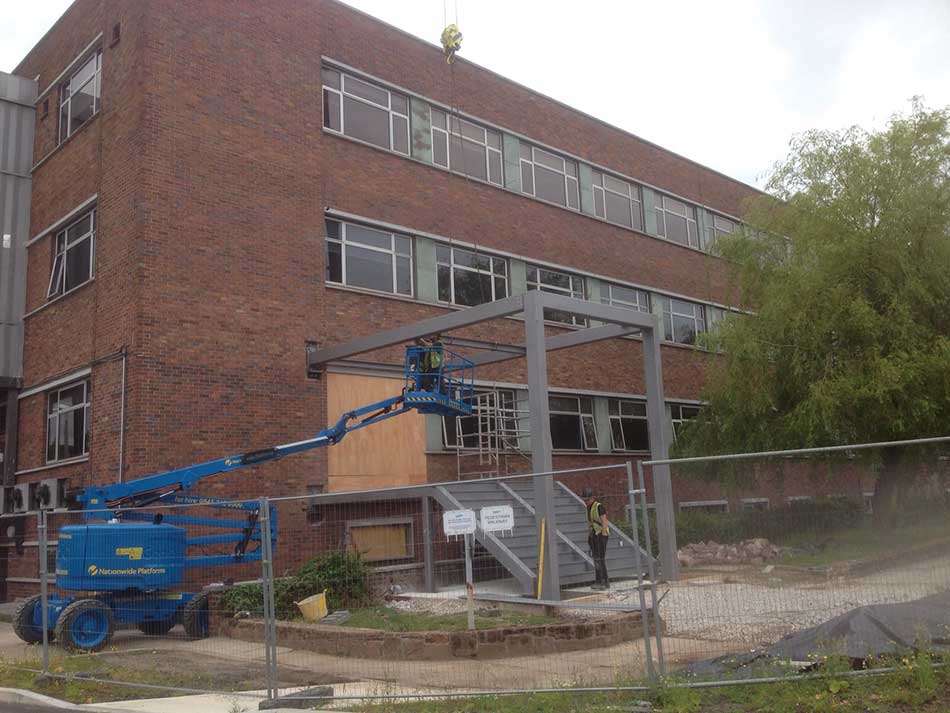 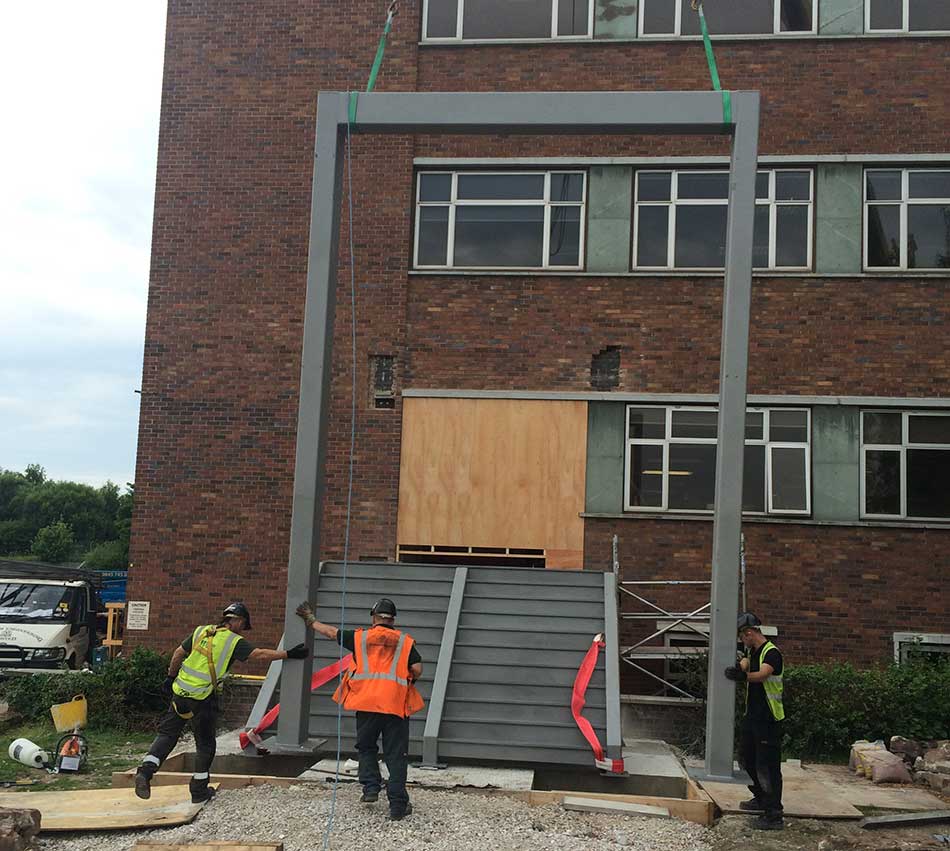 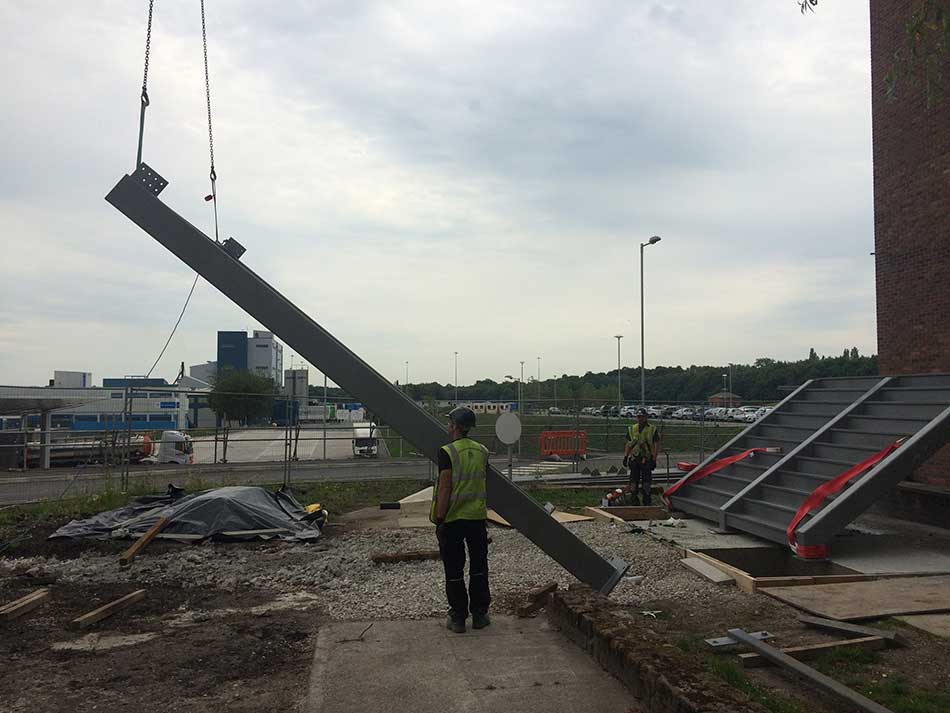 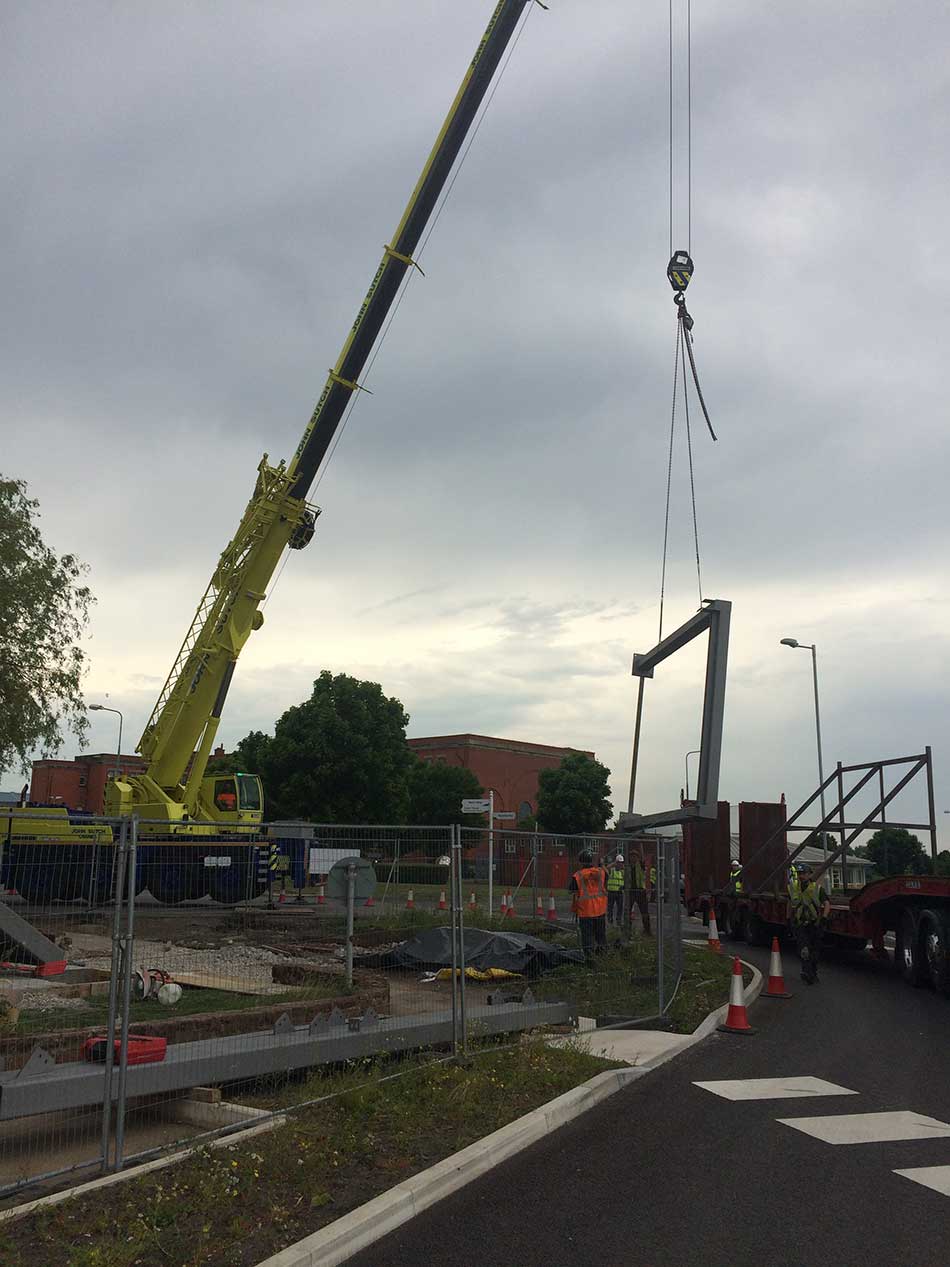 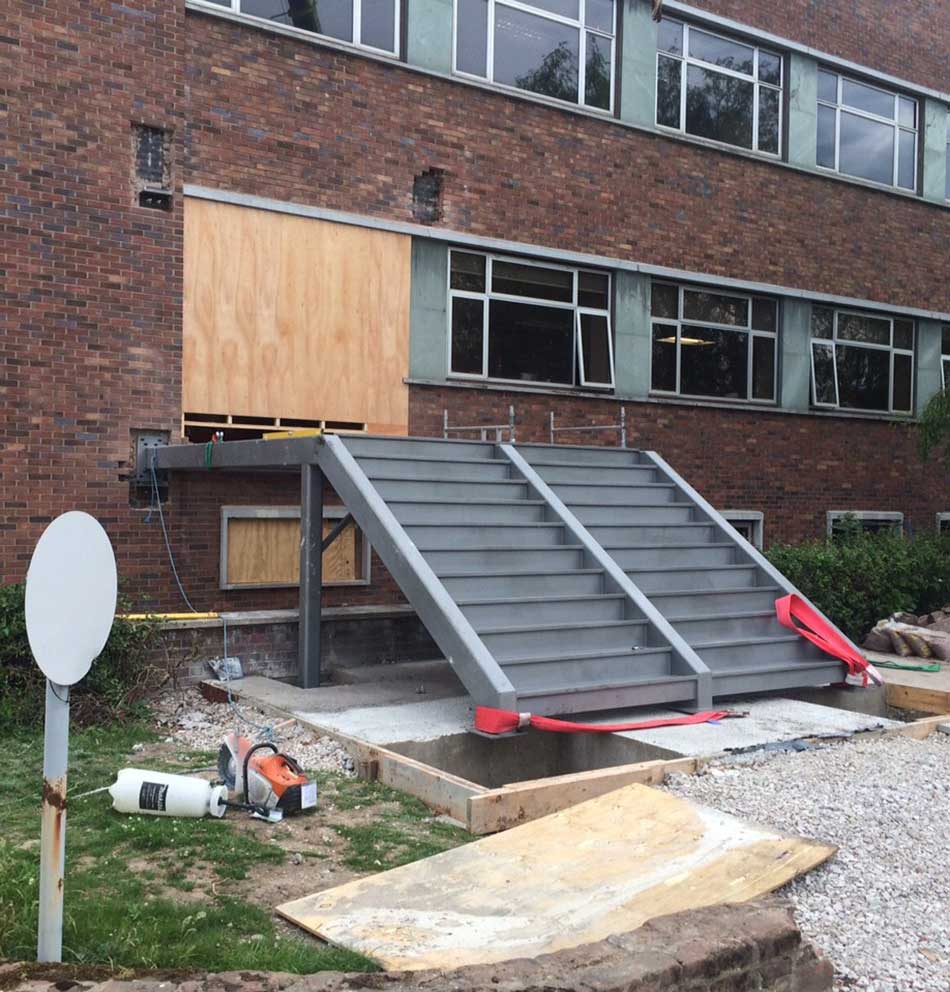